We are very grateful and happy that in 2023 the highly endowed Johann Max Böttcher Song Prize (Liedduo Prize) will be offered by the Böttcher Foundation for the third time.

The Ministry for Education, Science and Culture of the State of Schleswig-Holstein makes it possible to award the ‘North Frisian Song Prize‘ (Liedduo Prize) for the 22nd time. The prize of the Marienkirche Husum is awarded for the 18th time. And for the tenth time, an audience prize winner will be chosen with the help of the audience at the final concert. This prize is sponsored by Gabrielle Gumpert and Barbara Hess. For the fifth time, an outstanding interpretive performance is awarded the Hardenack-Zinck Prize. This prize is named after the renowned composer, flute player and singer, Hardenack Otto Conrad Zinck, who was born in 1746 in Husum.

The concept of the master class with awarding of prizes has proven to be successful and has received widespread attention. The previous winners were able to make a name for themselves internationally and have made the North Frisian Song Prize and the art of song in the castle in front of Husum widely known. 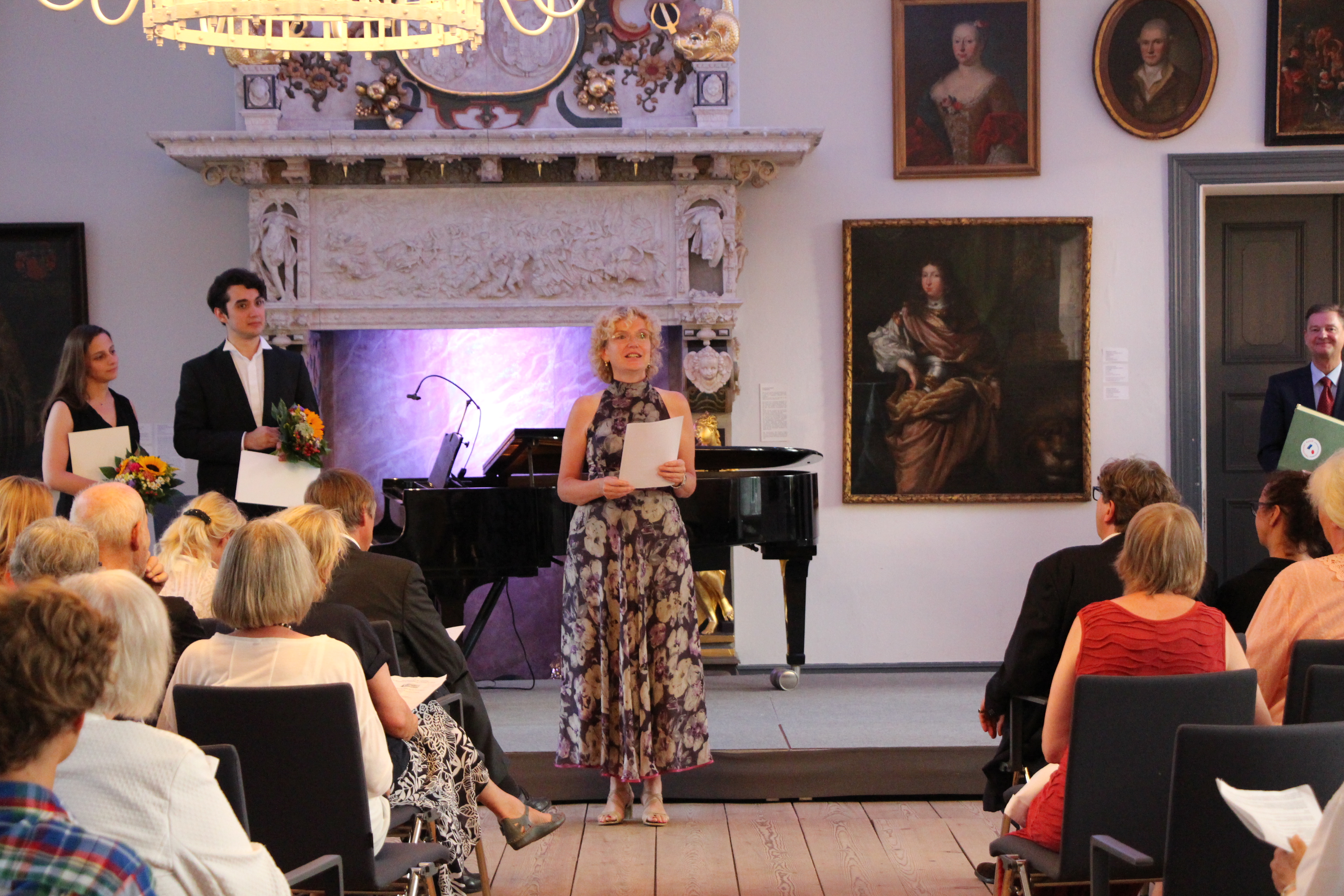